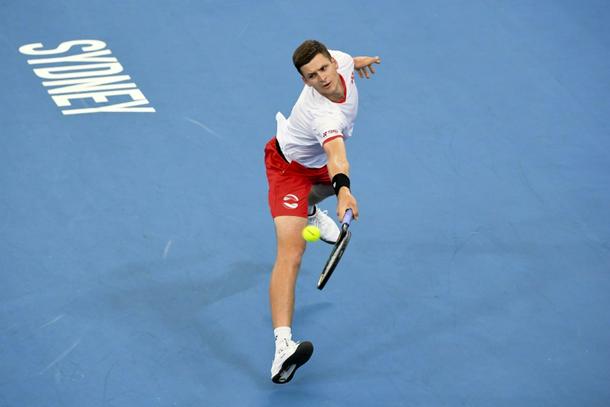 The victory ended any hope that the Thomas Muster-captained Austria had of winning Group E and advancing to the quarter-finals, with Poland also out of contention after losing their opening two ties.

The fate of the group will be decided later Wednesday when Croatia take on Argentina.

Hurkacz came into the match on the back of beating world number 13 Diego Schwartzman and the 28th-ranked Borna Coric, and said he was playing some of his best ever tennis.

“I played really well today. I mean Dominic is a great player, the way he played the first set was unbelievable. He brought out the best in me,” he said.

“I tried to work really hard in the off-season with my coach and my fitness coach and I think that is paying off.”

His young teammate Kacper Zuk also had a good day, becoming the lowest-ranked singles player to win a match at the ATP Cup, with the world number 448 rallying past Dennis Novak 5-7, 7-6 (7⁄3), 6-3.

“It’s a good experience because I had a chance to play for our country, first of all,” said Zuk, who pushed former world number three Marin Cilic hard in his last match.

“That’s my first (win) against that high-ranked an ATP player (Novak). So for me, it means a lot, and I hope I will have more chances to play against guys like that.” 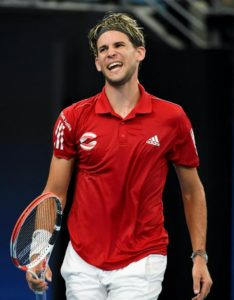 The ATP Cup proved a mixed bag for Thiem, who has been tipped as one of the players capable of toppling the big three of Rafael Nadal, Novak Djokovic and Roger Federer and winning a Grand Slam this year.

He lost to Coric then bounced back to down Schwartzman before an inauspicious end with defeat to Hurkacz.