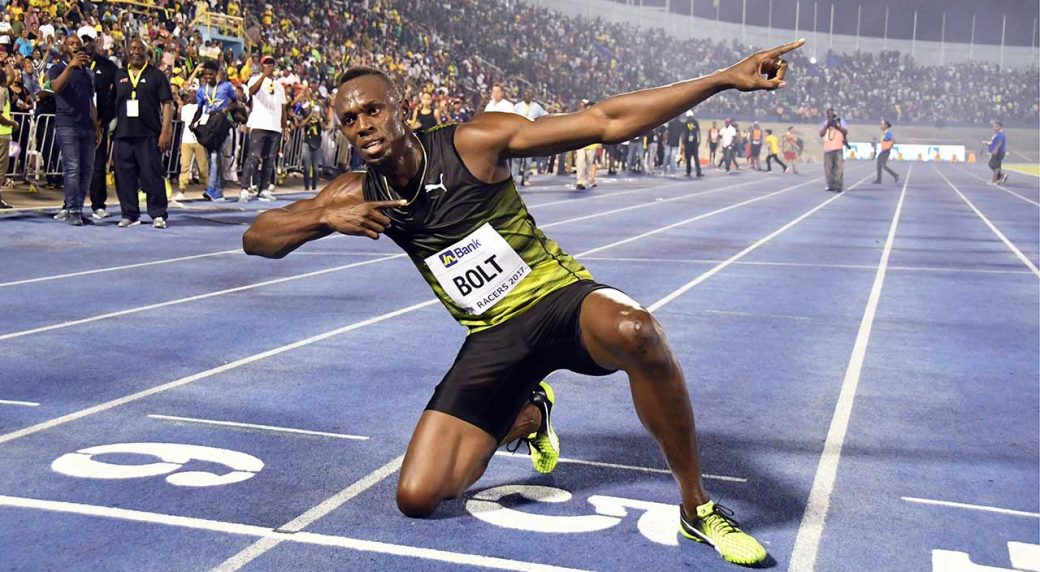 Jamaican star and 20-time Olympic Gold medalists Usain bolt has re-echoed his resolve not to return to the tracks.

Bolt who was part of the unveiling of a new 60-seater Olympic stadium in Tokyo on Saturday, jogged about 200 metres around the track in an exhibition relay race alongside Paralympic athletes in the first public event at the stadium

Bolt will not be competing in the 2020 Olympics but sprinkled stardust at the stadium as part of its inauguration seven months before the opening ceremony.

“It was a great experience being here running in front of so many people … I was happy because I won’t be getting to compete in the Olympics,” Bolt told reporters afterwards even as he  roundly rejected any thoughts of a comeback, saying:

“Am I coming back to running? No.”

“I’m actually in pain right now from the little run I did,” he joked, adding that he was looking forward to attending the Games as a fan for the first time.

The stadium, designed by renowned architect Kengo Kuma, incorporates traditional Japanese design plus a host of features to beat the expected sweltering heat during the Games at the height of the Tokyo summer.

There is greenery to provide shade and the eaves around the outer perimeter are designed to keep out sunlight and rain and help channel breezes into the stadium.

The stadium, built on the ground of the 1964 Olympic Stadium, will play host to the opening and closing ceremonies, as well as the flagship athletic events.