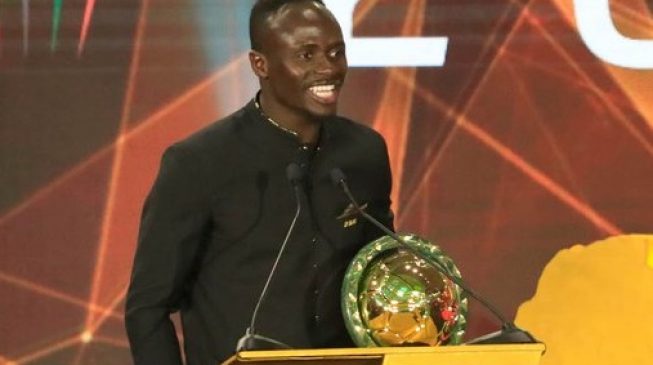 Former Cote dÍvoire and Chelsea legend, Didier Drogba has hailed the new Africa Footballer of the Year 2019, Sadio Mane as King of Africa.

Drogba has dubbed Liverpool and Senegal star as the “new King of continent football”.

The Liverpool forward won the honour for the first time this year, taking it from team-mate Mohamed Salah.

His goals have helped Liverpool to a Champions League title as well as a 15-point gap at the top of the Premier League.

The Reds star has already been hailed by fans for his acceptance speech last night.

The man who scored 164 goals for the Blues shares a snap of Mane from the event.