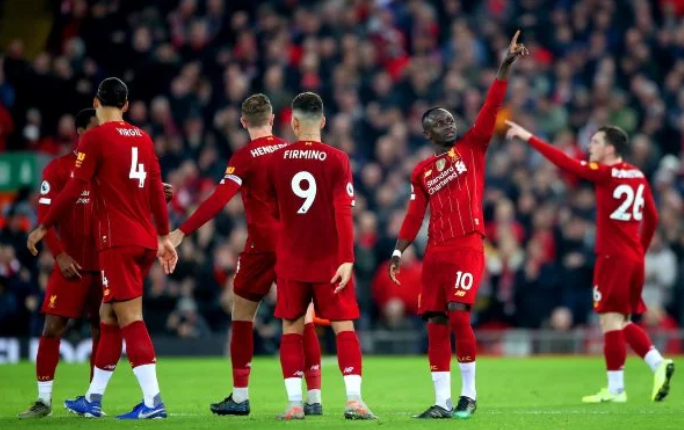 Liverpool extended their lead at the top of the Premier League to 13 points with a 1-0 win against Wolves that was overshadowed by VAR.

Sadio Mane put Liverpool ahead at Anfield in the 42nd minute after a VAR check ruled that Adam Lallana had not handled the ball in the build-up to the goal.

Wolves thought they had equalised in first-half stoppage time through Neto but VAR adjudged that Jonny was offside in the build-up, much to the consternation of the visitors.

Jurgen Klopp made just one change from the side that comprehensively beat Leicester on Boxing Day, with Adam Lallana replacing Naby Keita in midfield.

There was, though, a change in formation, with 4231 being used and Mohamed Salah as the centre-forward.

‘Champions of the world’ echoed from the Kop in the opening minutes, as the Anfield crowd welcomed home the new FIFA Club World Cup winners – who were sporting the gold badge on their kit to mark the new piece of silverware.

Salah had two chances early on, with one going over and another saved off a volley. Gini Wijnaldum and Roberto Firmino also went close. 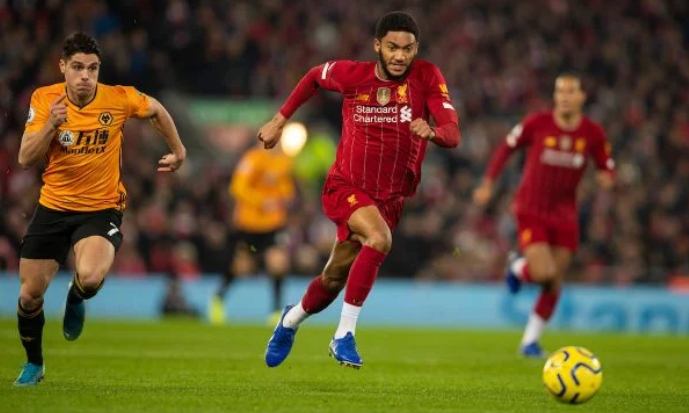 The Reds were absolutely dominant against a side who sat deep having only played against Man City 40 hours ago.

Liverpool did finally have the ball in the net in the 40th minute, although it took to the 44th minute for it to be confirmed after a lengthy VAR delay. “It’s not football any more” sang the away fans.

The goal arrived from a superb ball forward from Virgil van Dijk, which was received by Adam Lallana on the shoulder and Sadio Mane tucked the ball away. Referee Anthony Taylor initially adjudged Lallana to have handled, when replays showed clearly he hadn’t. The goal stood.

If Wolves were unhappy with that VAR decision, they were furious when Neto scored in first-half stoppage time but eventually saw it disallowed for a marginal offside call via VAR.

Both VAR decisions were ultimately correct and Liverpool led at half-time.

Wolves adopted a more attacking mentality in the second half, bringing on dangerman Adama Traore just before the hour.

The away side caused far more problems and Liverpool were forced to work hard to defend their lead. Jotta tested Alisson at the near post after a mistake by Virgil van Dijk.

Wolves continued to push and had several shots from the edge the box, but failed to hit the target. Then Vinagre fired over in stoppage time and Traore’s shot deflected just wide off Van Dijk in the final seconds.

Liverpool showed their grit and saw out the game, the year and decade with yet another win, putting them 13 points clear at the top of the table and with a game in hand.