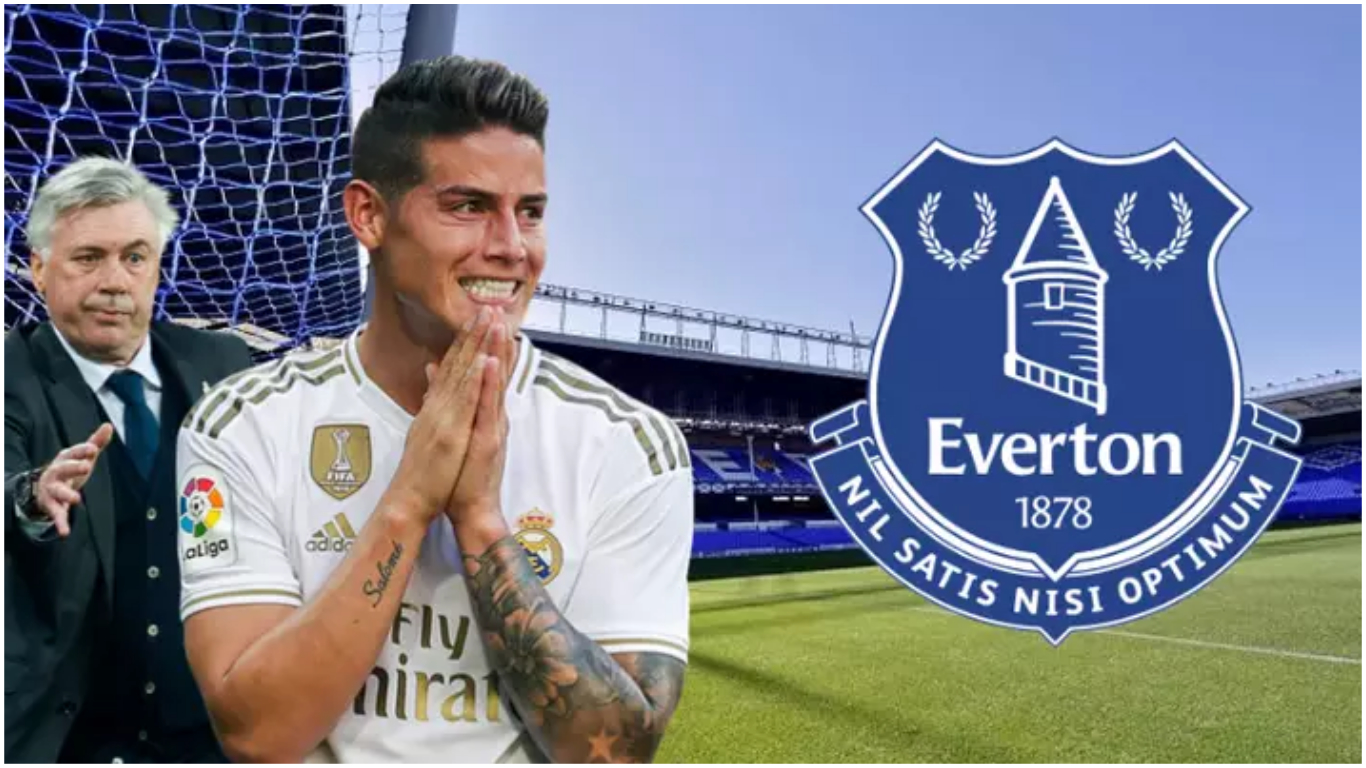 Everton are said to be in pole position to sign Real Madrid midfielder James Rodriguez.

Carlo Ancelotti wants reinforcements to improve his squad after taking the reins on the blue half of Merseyside and though his attempts to bring in Zlatan Ibrahimovic didn’t quite work out, there is confidence a deal can be done for the Colombian captain.

Spanish outlet El Desmarque say the Toffees are leading the race for Rodriguez’s signature and much more likely to sign him than the likes of Arsenal, Inter Milan, Roma and Marseille.

The former Porto and Monaco man has made just nine appearances for Real this season and Ancelotti is desperate to link up with him for a third time.

The pair worked with one another at Real Madrid and Bayern Munich after Ancelotti signed him twice, while the experienced Italian boss tried tirelessly to lure him to Napoli in the summer transfer window.

Everton are said to be in pole position to sign Real Madrid midfielder James Rodriguez.

Carlo Ancelotti wants to make him his first signing and the club are reportedly preparing a £43m bid. https://t.co/bTzCRgCrET

Rodriguez, who lit up the 2014 World Cup in Brazil, would cost around £43 million as Ancelotti’s first signing at Goodison Park.

He returned to the Spanish capital in the summer after two years on loan at Bayern Munich, with the Bavarian club deciding against signing him permanently.