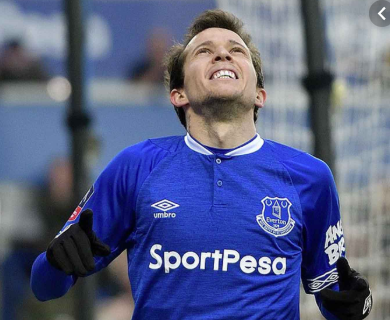 Everton’s Bernard suffered an injury during the warm-up ahead of their clash with Manchester City, with the Brazilian being replaced by Tom Davies.

A late change following an injury in the warm-up: Tom Davies replaces Bernard in the XI and Anthony Gordon joins the bench. #MCIEVE https://t.co/KOoY9wTn74

Everton have had a torrid time with injuries of late.

The Blues have lost several players to injury so far in the current campaign, with Andre Gomes and Jean-Philippe Gbamin missing the majority of the season.

Alex Iwobi has recently been out with an injury, while Fabian Delph has been in and out of the team.

Morgan Schneiderlin is another player who has struggled.

Now, Everton have another problem to contend with after the Manchester City clash.