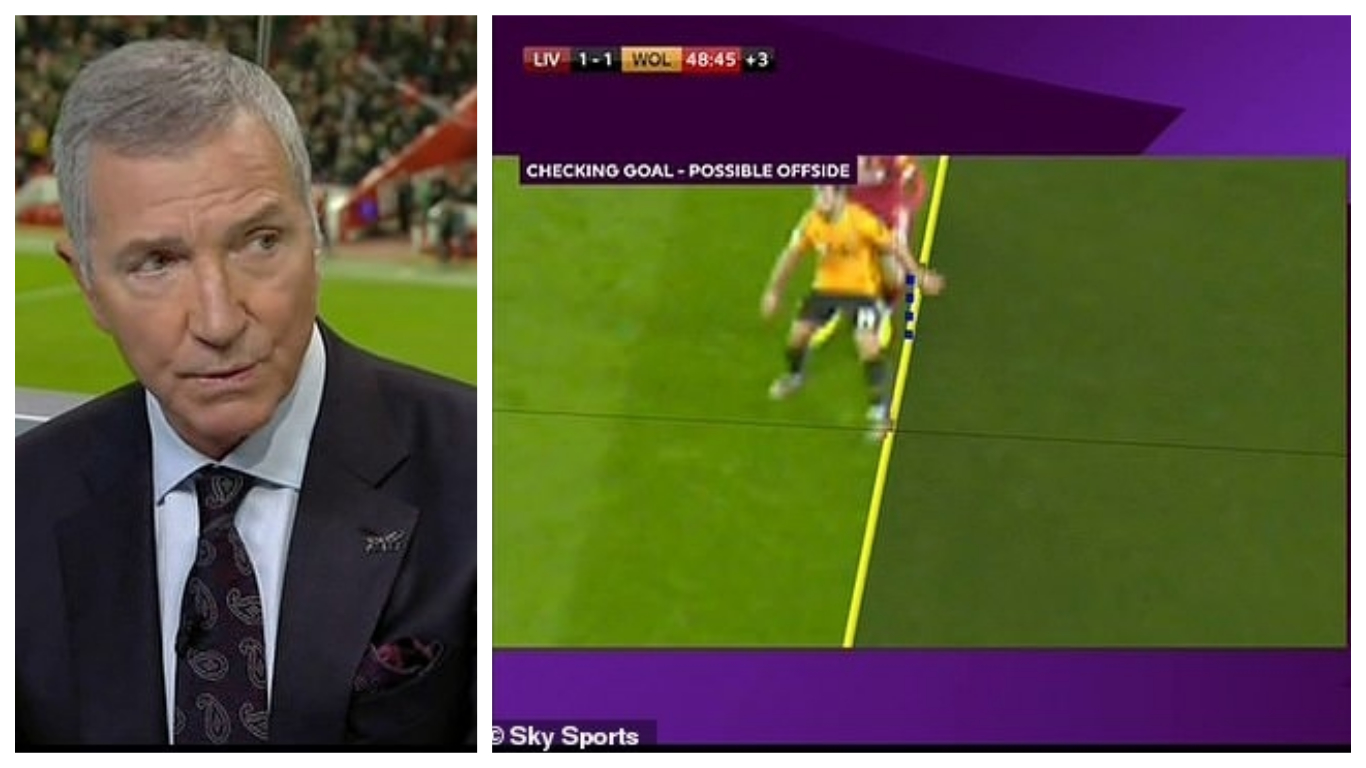 Graeme Souness has once again slammed VAR after it allowed a Liverpool goal and denied Wolves their own in Sunday’s Premier League clash – and the pundit has offered up his own fix to the offside rule. 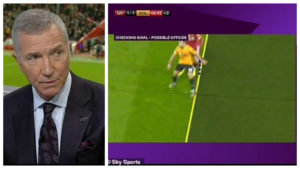 Speaking on Sky Sports at half time, the ex-Liverpool legend Souness said ‘we cannot go on like this,’ and even proposed a change to the offside rule that he believes will eliminate much of the drama surrounding it. 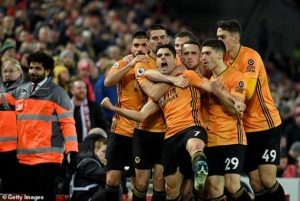 There were two incidents involving VAR in the first half, as it looked like a Liverpool goal had been disallowed for handball, before being given.
Then Wolves fans went wild with celebration after thinking they had scored, only for the goal to be disallowed for an extremely marginal offside call.

‘The ball ends up in the back of the net, you think it’s perfectly fine, but then you have to wait,’ said Souness. ‘I just don’t get it. It’s so tight, very hard to call.

‘From my thinking, there’s a simple way to get over this. Instead of going down the road where any part of the body the player can score a goal with is offside… We’re in the entertainment business. That’s why 90% of people turn up in the stadium and watch on TV, to see goals. We’re denying them the pleasure of seeing goals.

‘We should change it to: if any part of the striker is onside, so his foot could be behind the line but most of his body is beyond it, we should allow the goal to stand. It would take away the majority of the grey areas and we’d see more goals.

‘Then if a team concedes a goal they have to become more adventurous. They have to start chasing the game so the chances are you’d see more goals.

Graeme Souness slams VAR yet again during match between Liverpool and Wolveshttps://t.co/9P3ofJzgQi

‘We cannot go on like this, there’s too much frustration involved right now.’

Wolves have been on the wrong end of VAR decisions all week long, as the two goals Manchester City scored in midweek involved the system.

The technology has seemingly been under fire every week since its introduction into the Premier League, with many calling for it to be changed or scrapped.