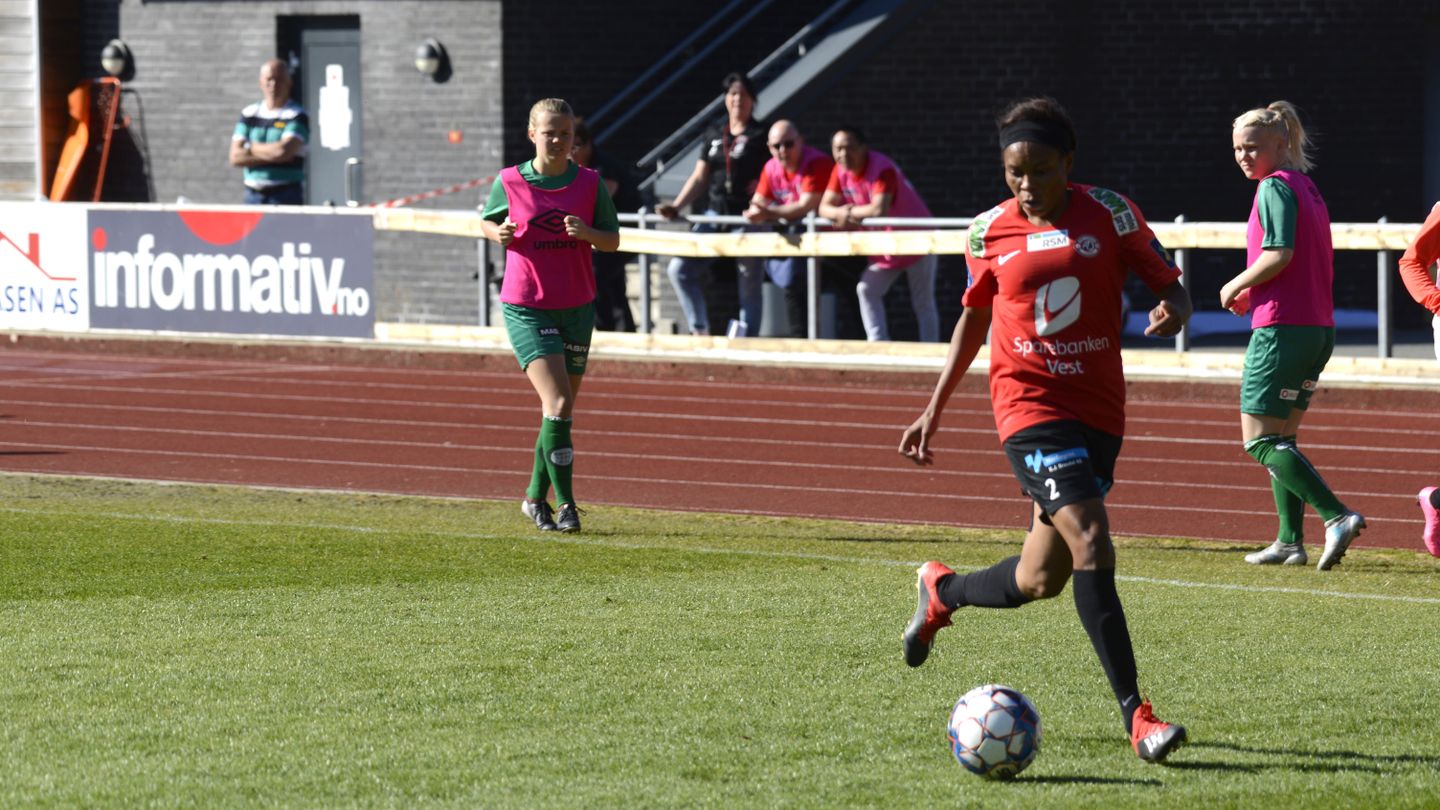 Arna-Bjornar of Norway and Nigeria defender, Ngozi Ebere on Monday helped her club record their first league victory of the season after scoring the only goal of the match against Klepp.

The victory has taken them to the seventh position on the Toppserien standings.

The left back who is known for her overlappings was on for the entire game.

She got the winning goal from a pull out which the Klepp goalkeeper thought was going to be a pass, instead it found the back of the net in the fourth minute.

An excited Ebere is one of the Super Falcons players that head coach, Thomas Dennerby would be depending on to go very far at this year’s FIFA Women’s World Cup in France.

She joined the Norwegian side this season from Cyprus club, Barcelona FA Women.

Since the league got underway in March, Arna-Bjornar who face Valerenga this Saturday have drawn twice and lost once from five matches.