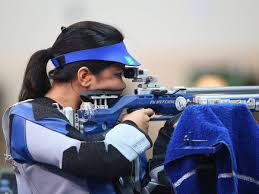 Officials for the 2022 Commonwealth Games are considering a proposal to stage shooting and archery in India even though the event is being hosted by the English city of Birmingham.

The proposal was described on Tuesday as “innovative” by David Grevemberg, chief executive of the Commonwealth Games Federation, and will be reviewed over January and February “with the ambition of strengthening Commonwealth sport”.

Commonwealth Games India put forward the idea with the support of the country’s government, along with the governing bodies of shooting and archery.

India, which traditionally has a good record in shooting, threatened to boycott the games after the sport was excluded from the programme along with archery.

“Key aspects of this assessment will be to ensure that the proposal conforms with our rules and regulations, is operationally deliverable, sets manageable precedents for the Commonwealth Games and ultimately adds value to athletes and the Commonwealth sports movement,” Grevemberg said in a statement.