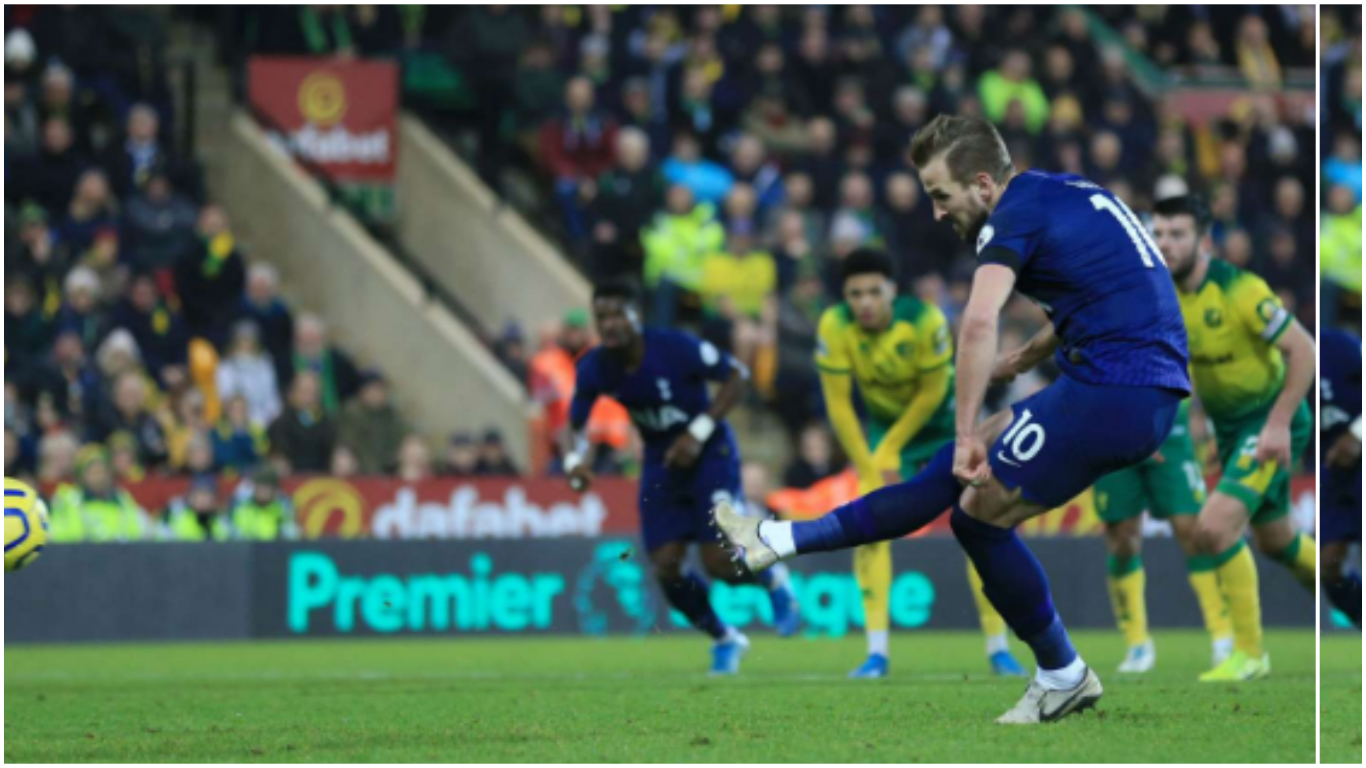 The England international marked his 200th appearance in the competition by winning and then converting a spot-kick with seven minutes remaining at Carrow Road.

Mario Vrancic’s first Premier League goal had earlier given Norwich a first-half lead and Teemu Pukki had one ruled out by the video assistant referee for a contentious offside.

Norwich have won only one of their last 15 league games and are winless in seven at home, but they profited from some poor Tottenham play to take the lead after 18 minutes.

FULL-TIME: Goals from @ChrisEriksen8 and @HKane see us come from behind twice in the second half to take a point at Carrow Road.

Juan Foyth was caught in possession and Vrancic, making just his second Premier League start, carried the ball forward and caught out Paulo Gazzaniga with his shot.

The hosts thought they had a second before half-time when Pukki controlled Vrancic’s long pass and slotted home, only for VAR to intervene and adjudge the striker was offside.

Jose Mourinho brought on Davinson Sanchez and Lucas Moura at half-time and Tottenham levelled up soon after through Eriksen’s free-kick, which took a slight deflection on its way past Tim Krul.

136 – Only Alan Shearer (145) and Sergio Aguero (138) have scored more Premier League goals in their first 200 appearances in the competition than Harry Kane (136). Bagsman. pic.twitter.com/iNWHVIZehW

Dele Alli then had a goal ruled out for offside after finishing from an acute angle, but Tottenham were guilty of more farcical defending at the other end as Toby Alderweireld’s clearance bounced off Aurier and rolled into the net.

But Mourinho’s men salvaged a point late on when Christoph Zimmermann brought down Kane, who held his nerve from the spot to bring up his 136th Premier League goal on his landmark outing.