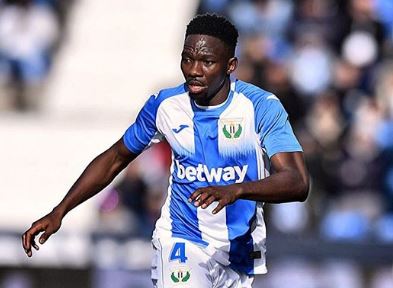 Super Eagles defender Kenneth Omeruo has applauded Leganes after ending 2019 with a 2-0 victory against Espanyol in Sunday’s La Liga game.

The Cucumber Growers endured a torrid year following a spate of poor results which condemned them to the bottom of the log for the most part of the first half of the season.

3points and clean sheet.. best way to end the year.. we continue together.. VAMOS LEGANÉS

The Nigeria international, however, featured significantly as Javier Aguirre’s men claimed maximum points against the White and Blues in front of their home fans, helping them to keep a clean sheet.

The victory moved the Cucumber Growers one place off the base of the league table and the former Chelsea man has lauded his side’s showing in the match.

“Three points and a clean sheet – best way to end the year. We continue together,” he posted on Instagram.

Omeruo will be hoping Leganes continue their impressive run when they take on Real Valladolid on January 3, 2020.