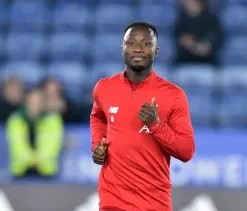 Veteran James Milner replaces Guinean as Neco Williams slots in on the bench.

Our side to face @sheffieldunited

There is not yet news on what the injury is and what caused it.

Liverpool are well on their way to emulating Arsenal’s unbeaten season of 2003-04.

The Gunners ultimately went 49 games without defeat, Liverpool are on 34, and even former Gunners boss Arsene Wenger is backing the runaway leaders to repeat the feat.

Naby Keita has been injured in the warm-up so James Milner starts in midfield. Neco Williams is drafted onto the bench #LFC #LIVSHU https://t.co/fD8ydEd7gH

A win or a draw at Anfield against the Blades will complete a calendar year unbeaten in the league since a 2–1 loss to Manchester City last January 3.

It is also 31 months since the Reds lost at home while they have won 27 of their last 28 league games.