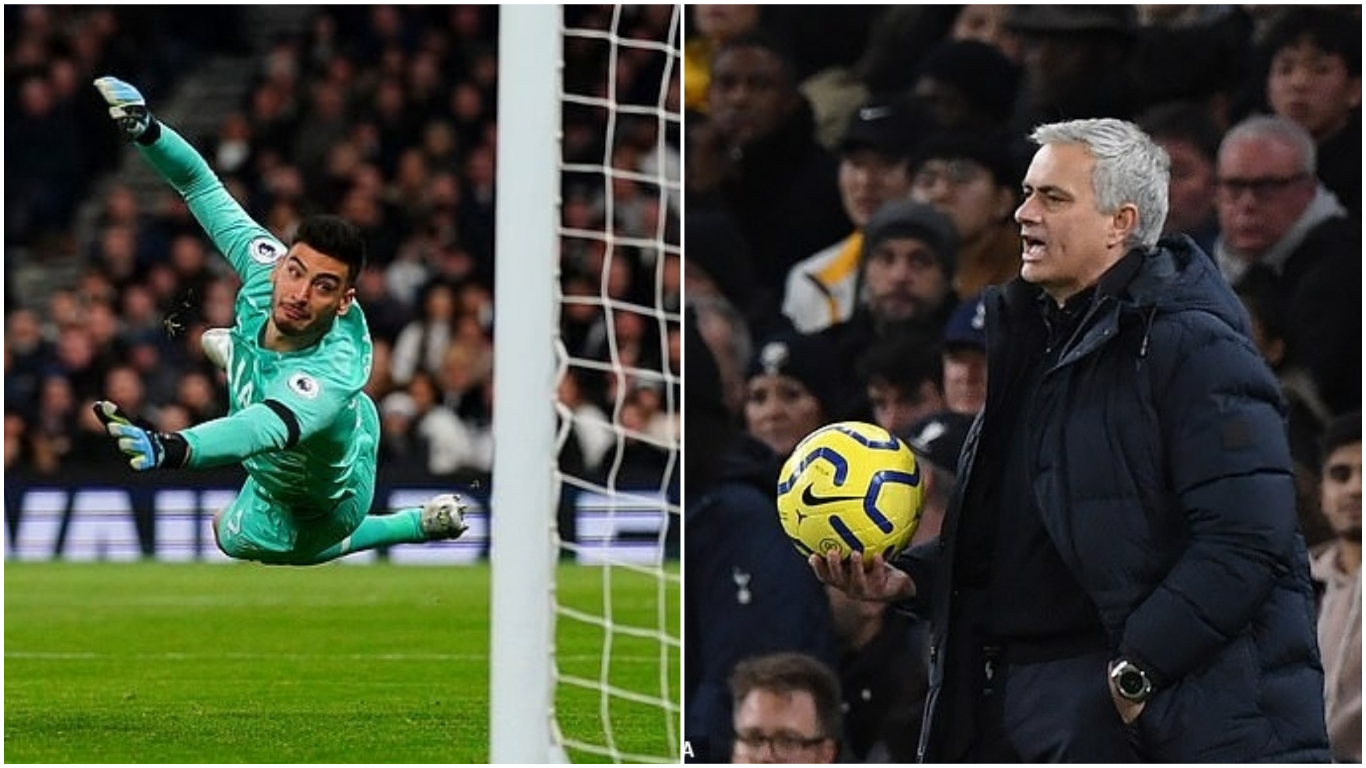 Jose Mourinho insists he could easily fix Tottenham’s leaky defence but fears it would cost his team their attacking prowess.

Spurs have conceded 14 goals in eight games under their new head coach.

They have only managed to keep one clean sheet, are without injured goalkeeper Hugo Lloris and left-back Ben Davies and do not expect new signings next month.

‘I know how to do it,’ said Mourinho. ‘But to do it 100 per cent I am going to take away from the team some qualities that we want to keep.

‘And then it is more difficult to do it because to play for a clean sheet and put all the focus on the clean sheet, on the improvement of the defensive organisation and try to kill the mistakes that we make, that is not difficult to do.

‘The difficulty is to do it with the players as they are, with the habits they have, the difficult thing is to put it right defensively without losing the qualities we can have offensively.’

Tottenham, at home against Brighton on Boxing Day enjoyed an instant bounce in form when Mourinho was appointed to replace Mauricio Pochettino in mid-November.

They won their first three but lost three of the next five, including Premier League defeats against Manchester United and Chelsea, his former clubs and competitors in what is shaping up to be a fierce race for the top-four.

‘There is concern in the sense it is two direct opponents for our objectives,’ said Mourinho. ‘They collected the three points and we didn’t.

The Spurs boss was critical of the concentration levels of some of his players as they were beaten 2-0 at home against Chelsea on Sunday but he was careful not to pick on individuals.

‘The two goals were bad goals to concede,’ said Mourinho. ‘I accept a technical mistake. I accept the goal that you miss in front of goal. I accept better the goalkeeper technically wrong and makes a mistake and it’s a goal. It’s easier for me to accept than concentration things.

‘How can you improve concentration? How is the nature of the player who stops concentrating? How can I help a player who doesn’t have this natural condition? By working, getting exercises where every second of the exercise demands high concentration levels.

He is not expecting to go shopping for solutions in the transfer market next month because he knows Spurs are not ‘kings of the market’ and cannot compete for big signings.

‘I am at Tottenham Hotspur,’ said Mourinho. ‘I know the profile of club, I know the project, I know the vision, I know the objectives and I know that in our transfer market we are going just to react to things that can happen to us in the market.

Jose Mourinho insists he knows how to solve Tottenham's defensive woes… but fears his methods could blunt their attacking edge | @Matt_Barlow_DM https://t.co/UWhQedM1Cq

‘If some player leaves we need to adapt to it but we are never going to be the kings of the market, attacking important targets, fighting with clubs that are ready by their profile and philosophy to splash the cash and to go to the important targets.

‘We need to do our things in an intelligent way, a creative way and, I repeat, I like the players that I have. The more I work with them, the more I know them, the more I realise their qualities and their problems.’