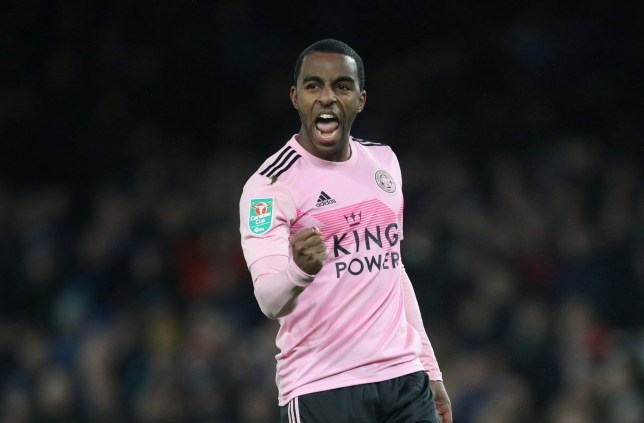 Tottenham boss Jose Mourinho is keen to sign Ricardo Pereira in the January transfer window, according to reports.

Manchester United have been credited with an interest in Pereira, who has quickly established himself as one of the best right-backs in the Premier League at Leicester City.

The 26-year-old only joined Leicester in 2018 in a £21million deal from Porto, but was awarded the Foxes’ Player of the Season in his first year at the club.

The Express claim Mourinho is ready to rival United for Pereira and Tottenham are readying a £30m offer for his services.

Pereira is under contract at Leicester until 2023 and any club will find it difficult to convince the Foxes to part with one of their best players mid-way through the season. Brendan Rodgers has already warned suitors off his players, with Chelsea reportedly keen to snap up Ben Chilwell and United tracking James Maddison.

‘There will be nobody leaving in January, categorically,’ Rodgers insisted.

‘I am speaking regularly with [the director of football] Jon (Rudkin) and Top (club owner, Aiyawatt Srivaddhanaprabha).

‘It is really clear, we want to keep this squad together.

‘It is an exciting team with growth and development in it, so we want to ensure they stay around beyond January.’ While Tottenham weigh up their options in January, Mourinho played down the chances of a busy window for Spurs.

He said: ‘No. No. January we have a little bit more time to work and with work we are going to try to improve.’