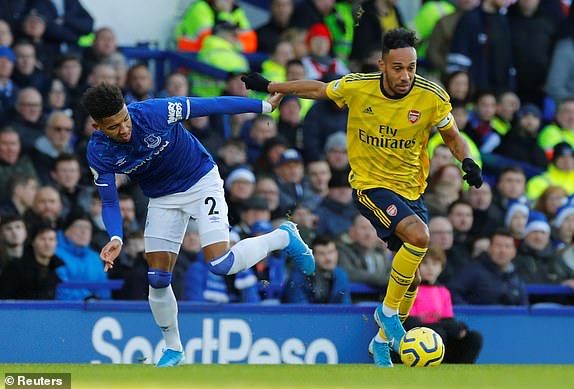 Everton new boss Carlo Ancelotti watched with rapt attention as his side settled for goalless draw against Arsenal on Saturday as the Goodison Park.

Ancelotti, 60, was sacked by Napoli last week but comes with a trophy-laden CV from spells at a clutch of Europe’s top clubs, including Juventus, AC Milan, Chelsea, Paris Saint-Germain, Real Madrid and Bayern Munich.

His arrival, which was confirmed on Saturday, is a coup for the Toffees, who are languishing in 16th place in the Premier League, just three points above the relegation zone.

Everton have not won silverware since 1995 but they have a proud tradition and, with nine league titles, are still fourth in the all-time list of winners behind Manchester United, Liverpool and Arsenal.

Ancelotti is used to dining at European football’s top table, but his immediate task will be to guarantee survival before trying to fulfil the ambitions of Everton’s majority shareholder Farhad Moshiri.

The British-Iranian businessman has ploughed in hundreds of millions of pounds since buying a 49.9 percent stake in the club in 2016. He has since increased his stake further.

However, that investment has not reaped much reward on the pitch as Everton have finished seventh, eighth and eighth in the three full seasons since Moshiri’s takeover.

Much of his money has been wasted in settlements for sacked managers. Roberto Martinez, Ronald Koeman, Sam Allardyce and Marco Silva have all been dismissed over the past three-and-a-half years.

However, Moshiri’s commitment to make Everton a relevant player in what he once described as the “Hollywood of football” alongside Liverpool, Manchester United and Manchester City in England’s north-west has seen him splash out once more for a three-time Champions League winner in Ancelotti.

The Italian has won league titles in four different countries among 15 major honours and will reportedly be one of the highest-paid managers in the league.