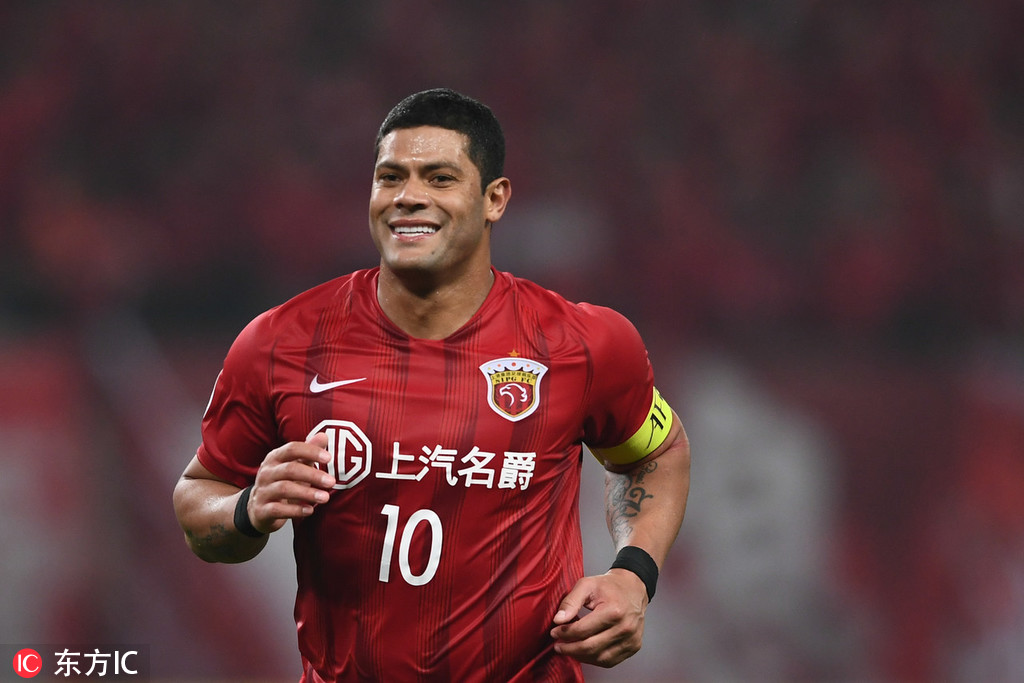 Former Brazil international Hulk says there is nothing hidden about his dating the niece of his ex-wife Iran Angelo de Souza according to UOL.

The 33-year-old, who now plays his football in China, has confirmed the relationship with Camila through his advisers and said he was always transparent.

The Shanghai SIPG player insists he called Camila’s parents and brother last weekend and told them the truth.

They started dating in October following Hulk’s split with wife Iran in July after a 12-year marriage.

Hulk and Iran had three children together, Ian, James and Alice.

The powerful forward still plies his trade in the Chinese Super League but Espanyol are hoping to sign the former Brazil international on loan until the end of the season.

Hulk has so  scored 17 goals in 37 games for Shanghai SIPG last season.

Espanyol’s Chinese owner Chen Yansheng is believed to have excellent relations with the Shanghai club according to Diario Sport.

The Brazilian midfielder was one of the first superstars to take the plunge and join the Chinese Super League back in 2016.

He joined from Russian side Zenit St Petersburg and is the second highest earner in the whole league with a £320,000-a-week contract.

The post Nothing to hide about my dating Iran’s niece declares Hulk appeared first on Sporting Life.