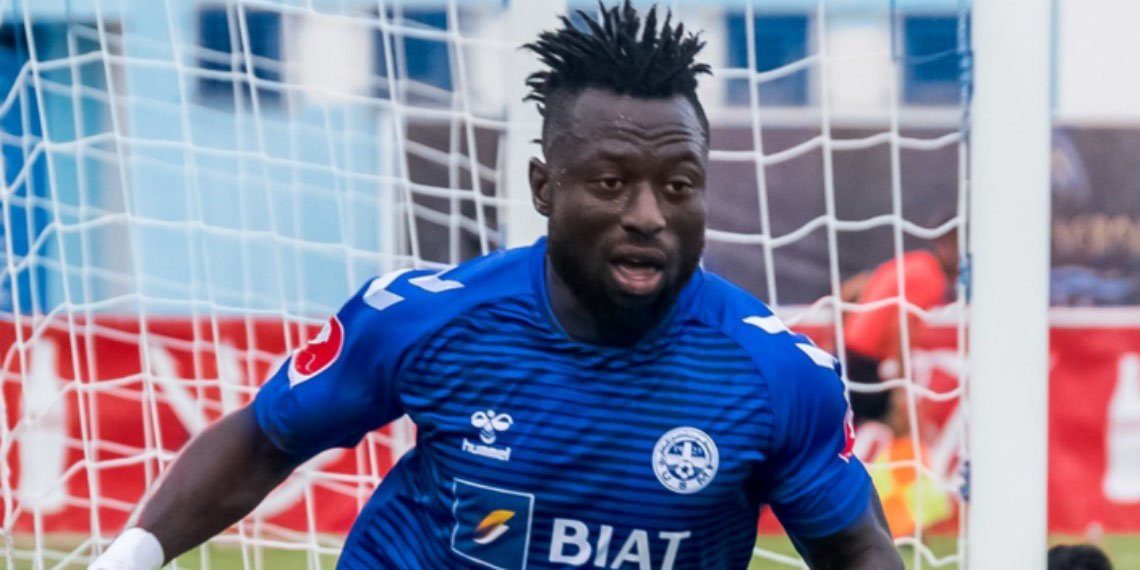 Union Sportive Monastir striker, Anthony Okpotu has thumbed up the contributions of his kinsman, Moses Orkuma to his quick adaptation to life in the Tunisian league.

Okpotu joined the ambitious Tunisian side US Monastir at the start of the season after his discussion with Orkuma who has spent over four seasons in the North African nation playing for Etoile du Sahel and Stade Gabesien before teaming up with his US Monastir also at the commencement of the season.

The former highest goalscorer in the Nigeria Professional Football League (NPFL) was an ex-teammate of Orkuma in Lobi Stars and the striker asserted that it was not difficult for him to settle down in Tunisia because of the role Orkuma played as soon as he arrived in the club.

“I must say that without the role Orkuma played when I got to Tunisia it would have been difficult a little to adjust to life there,” Okpotu stated.

“I had known Orkuma right from Lobi Stars where we both played and I even discussed with him before joining the Tunisian team. He told me nice things about the club and Tunisia generally.

“He also took care of me as soon as I arrived. I really appreciate his gesture and he is among the reasons I settled down quickly.”

Okpotu and his Nigerian compatriot, Orkuma and other experienced players acquired at the start of the season have contributed to the sudden rise of US Monastir to the top of the Tunisian topflight at the expense of top clubs like Espérance, Etoile du Sahel, Club African, CS Sfaxien among others.

The Black Panther (his nickname back home) has scored six goals from 11 games for US Monastir who currently are first on the league table with 25 points from 11 matches.