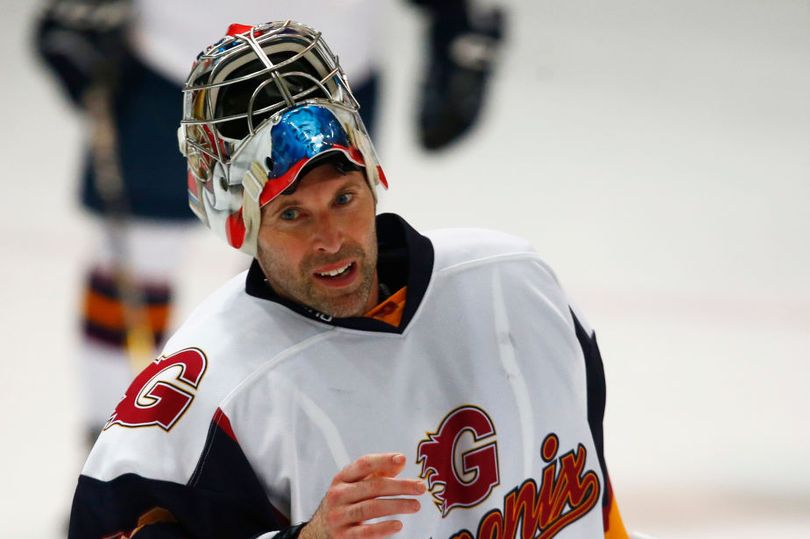 But Flames’ coach Paul Dixon is desperate to blood the former Czech international stopper in the Elite League after revealing that Cech, 37, has been training with the senior side since 2003.

He said: “He has been practising with us for six or seven years but we never told anyone because we were never sure how his clubs would have reacted. He is just one of the boys, a really good person, such a nice, down to earth guy.”

Cech, who returned to become Chelsea’s technical and performance adviser after retiring at the end of last season, signed for second-string Guildford Phoenix in October and was the hero in a penalty shoot-out win over table-topping Swindon Wildcats on his bow.

Dixon continually monitors Cech’s performances but admits it is difficult to gauge how good he could be, explaining: “He hasn’t got the years behind him, most of the goalies have been skating since they were ten or 11.

“In my heart I would love to get him in the nets for us, even if it was only for five minutes. Will it happen? I don’t know and all we can do is look at him, he’s playing games for the Phoenix now that he’s finished playing football.

“I think he has had a shut-out for them and, at some point, we would love to see him feature for us in the Elite League.

Hopefully that can present itself in the future because I know he would like to play for us. He would love it.

“He’s one of those naturally gifted sports people, he could probably turn his hand to any sport and he’s not too old to be playing.

“He’s got natural instincts and he’s very good in the net, he can track the puck very well and the only difference is that some guys have been skating for 20 or 30 years and he’s only been skating on and off for six or seven years.