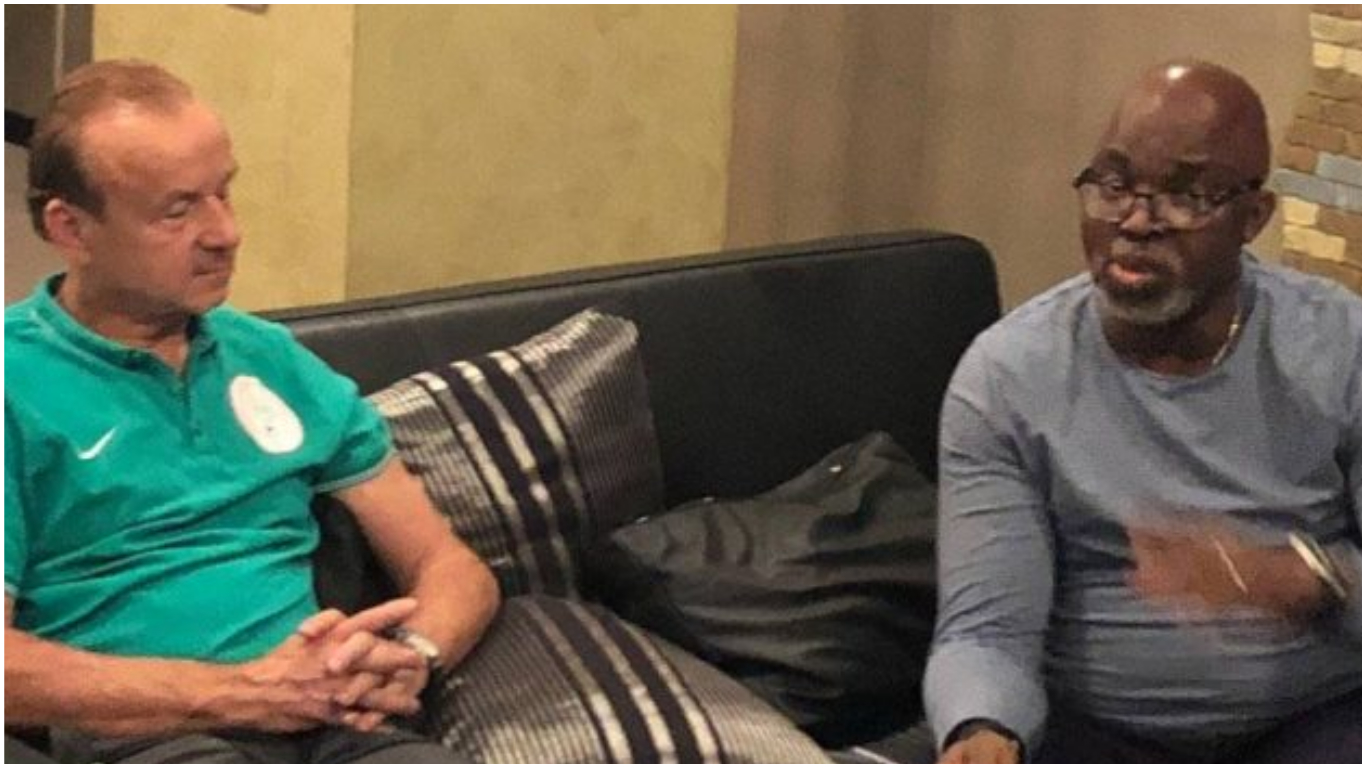 President of the Nigeria Football Federation, Amaju Pinnick said Gernot Rohr will be handed a new Super Eagles contract in January, but with different terms.

Rohr’s current expires in June 2020 and his future has dominated the media for the past few months.

‪Coach Gernot Rohr has called up @paok_fc of Greece Midfielder Anderson Esiti as replacement for injured @ndidi25 . Bryan Idowu has also been added to the list to make it 24 players for Ukraine friendly. #UKRNGA #SoarSuperEagles #Team9jaStrong ‬

The NFF boss revealed the Franco-German tactician will be offered a fresh deal, but would have to agree on certain clauses if he wants to continue working in Nigeria.

“We’re going to give Rohr a new contract in January, but, this time, he must live in Nigeria.

“He has a right to choose any city of his choice; the NFF will get him accommodation. He will no longer be allowed to operate from Europe, but he can travel abroad three times a year.

“Again, we’re going to retain his contract fee of $55,000, but he must pay tax unlike his previous contract where he enjoys tax holiday,” the NFF boss said.

Pinnick added that Rohr would also submit the list of invited players to the NFF’s technical committee.

“He will have to submit list of players to be invited for national assignment and as well submit his list for matches to the technical committee.

“This is to avoid a situation where players just get invited to the Super Eagles without proper check and to avoid unscrupulous players’ agents who lobby to include their players in the national team,” Amaju said.