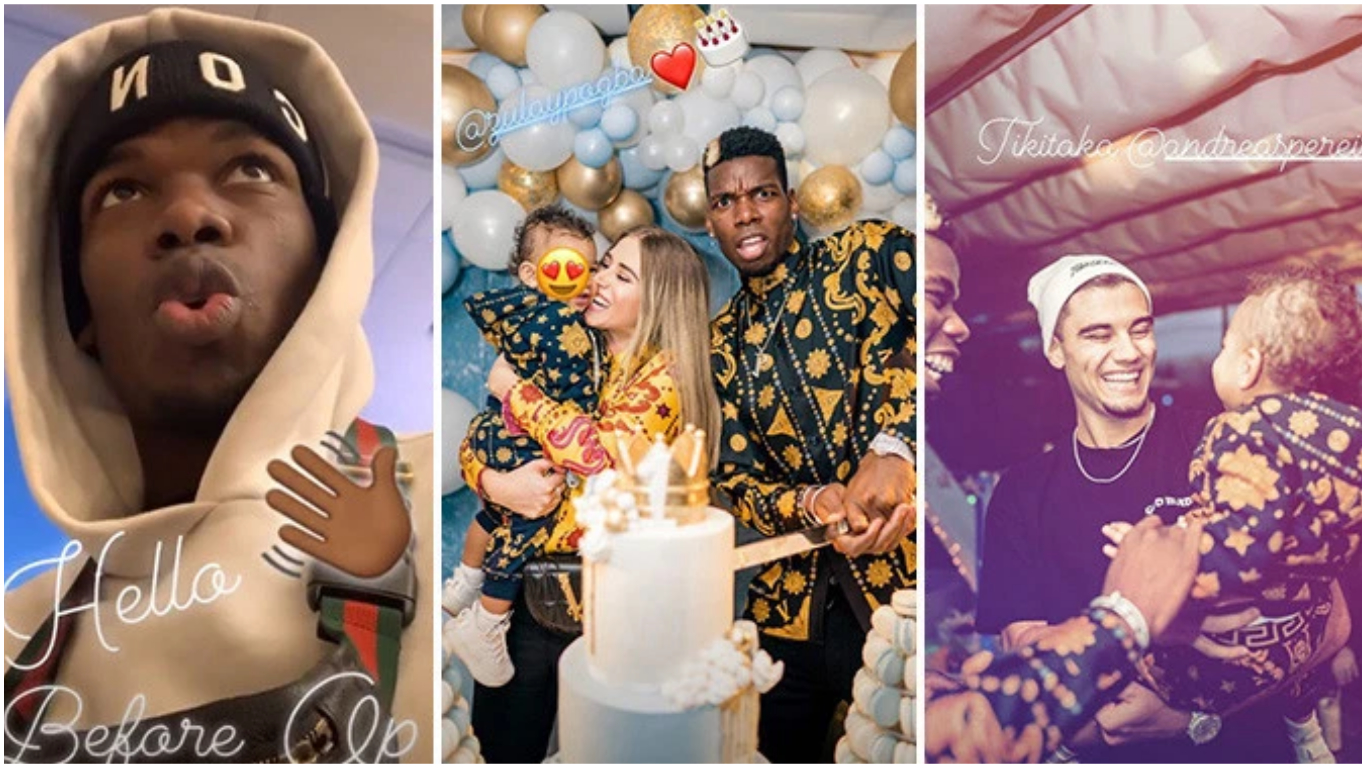 Paul Pogba shared an anxious pre-op video of his hospital bed before undergoing surgery on his troublesome ankle.

The wantaway Manchester United midfielder, 26, had been enjoying his son’s first birthday bash with his team-mates and their families.

Pogba and his wife Zulay organised a Versace-themed bash in Wilmslow after Donatella Versace dressed all three members of the family.

And they invited the likes of Victor and Maja Lindelof, Eric Bailly, Nemanja Matic, Andreas Pereira and Juan Mata for the event.

The party venue in Cheshire was decorated with white and gold balloons, complete with a stunning birthday cake and cupcakes.

Pogba has missed match action for Manchester United since coming on for the second half during their 4-1 win over Newcastle on Boxing Day.

It was later decided that Pogba should undergo another ankle op, despite having just recovered from a three-month layoff.

There have been accusations the injury was a cover-up so that he could keep himself healthy for a move to Real Madrid.

But the pictures of the World Cup winner about to undergo surgery clearly blows that theory out of the water.

When asked if the Frenchman would be leaving, he said: “You won’t see Paul go in January.”

After the 2-0 win at Burnley, the Norwegian said: “He felt his ankle was sore, we did a scan.

“It’s not the same injury, it’s a different injury. Of course when you get that scan you consult your own medical people as well, like I did.

thank you @donatella_versace for dressing us we look fresh hihi

“He wanted a second opinion and the advice was to have it done.”

Wife Zulay was over the moon at their matching outfits, carefully curated by Donatella Versace herself.

She posted a thank you at the fashion mogul on social media.