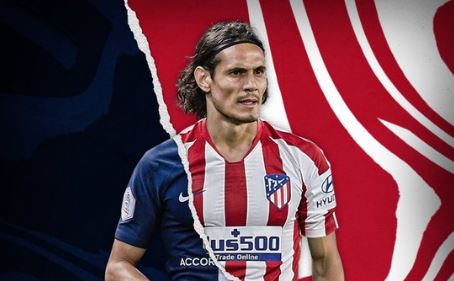 Paris Saint-Germain striker Edinson Cavani has reportedly agreed to join Atletico Madrid on a three-year contract in 2020, with the Spanish club eager to land their target during the January transfer window.

Cavani, 32, is poised to leave PSG on a free transfer when his contract expires in June, and Los Rojiblancos have succeeded in convincing the player to join their cause, per GianlucaDiMarzio.com:

Edinson Cavani, whose PSG contract is up at the end of the season, has agreed a three-year deal at Atletico Madrid, reports @DiMarzio pic.twitter.com/xlpXImpvCk

The Uruguay international has had to contend with several injuries and illness this season, but the added competition from loanee Mauro Icardi has further restricted his playing time in Thomas Tuchel’s plans.

Cavani has made just 10 appearances in all competitions this season and started in only four of those. He’s scored three times but hasn’t netted from open play since PSG lost 2-1 to Rennes on August 18.

French football writer Jeremy Smith noted’s Cavani’s preferred moving date in the negotiations, although Atleti are understood to be working for a January transfer:

Reports from @DiMarzio that Edinson Cavani and Atletico have reached an agreement on a three- year deal, starting next summer.
Atletico would like to sign him as soon as this January, but neither PSG nor Cavani are keen. https://t.co/mIFom7AMb3

Diego Costa—who will soon enter the final 18 months of his deal at the Wanda Metropolitano—was sidelined for three months after he suffered a slipped disc in mid-November.

It was confirmed in July that Los Rojiblancos will sign striker Alvaro Morata on permanent terms from Chelsea next summer, but the former Real target man isn’t regarded as a lethal finisher of Cavani’s standard.

The frontman joined Les Parisiens from Napoli in 2013 and has established his place as the club’s all-time top scorer (his tally has since risen to 196 goals):

Moises Llorens and Julien Laurens of ESPN FC wrote in early December that Atletico wanted their man this winter, adding he’d be expected to take a wage cut in order to join the club.

Cavani is due to turn 33 in February, but the forward’s characteristics mean his output may not suffer as some might expect, not to mention he seems like a smart fit to eventually succeed Costa.