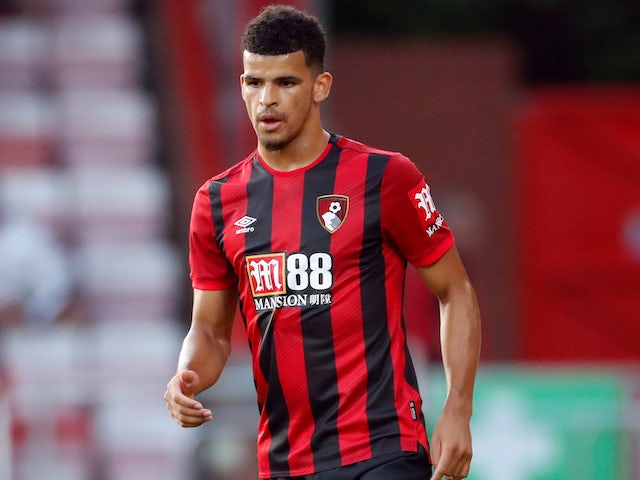 Dominic Solanke was a delight to watch on Saturday despite Bournemouth inability to earn their desire away goal against hosts Brighton and Hove Albion.

The 22 year old who played for the entire duration of the match, became a tormentor in chief making incursions into Albion vital area but meeting a stone wall in defence.

The Nigeria born player was apparently bent of rattling Albion at home but it was the hosts that rose above the challenge to run away with 2-0 victory.

Alireza Jahanbakhsh had opened scoring for the hosts in the third minute of the match a feat which appeared to warn that they were in for serious business.

But the Eddie Howe tutored Bournemouth did not allow the early goal dampen their spirit and Solanke and his teammates fought to the finish with turn to regaining control to no avails. Although they created a couple of chances it did not translate into the much awaited goal.

Australian Aaron Mooy got a 79th minute goal to take the game out of the reach of the rampaging visitors. It marked the only victory for Albion in five last matches and fourth defeat for Bournemouth who had earlier lost to Burnley, Chelsea and Liverpool respectively.

Read alsoHere’s how Chelsea could line up against Arsenal

Solanke and his teammates will have to wait till New Year’s clash with West Ham to attempt to return to winning ways.

The post Solanke impressive for Bournemouth despite defeat appeared first on Sporting Life.