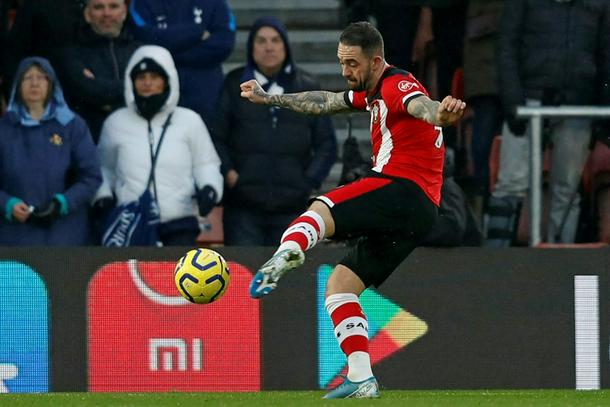 Tottenham’s push for a top four finish in the Premier League suffered another setback on Wednesday as Danny Ings’s winner handed Southampton a well-deserved 1-0 win at St Mary’s, while England striker Harry Kane limped off with a hamstring injury.

Ings produced the one real moment of quality in the game by lifting the ball over Toby Alderweireld before firing home his ninth goal in as many Premier League starts to lift the Saints up to 12th, six points clear of the relegation zone.

There was little response from Jose Mourinho’s men as they slipped six points behind fourth-placed Chelsea, apart from the moment when Kane injured himself as he converted Christian Eriksen’s free-kick, but was flagged offside before hobbling down the tunnel.

Ings’s goals have shot Southampton out of the bottom three in recent weeks and Spurs were unable to cope with the threat the former Liverpool striker early on.

Tottenham also had their chances at the other end in an open start as Alex McCarthy turned Kane’s deflected effort behind and Dele Alli saw half-hearted claims for a penalty waived away.

Spurs have now gone a calendar year without a clean sheet away from home in the league and it was no surprise that Ings proved too sharp and skillful for a defence that Mourinho has been unable to tighten up since taking charge six weeks ago.

Jack Stephens’s long ball over the top caught the Tottenham back line square and Ings coolly flicked the ball over the head of Alderweireld before slotting his 15th goal of the season past the helpless Paulo Gazzaniga.

Southampton could have been further ahead by the break as only a last-ditch block from Alderweireld prevented Nathan Redmond turning in Stuart Armstrong’s dangerous cross.

The Belgian defender was lucky to escape without conceding a penalty early in the second period as his arms were raised when he blocked Redmond’s cross inside the penalty area.

Referee Mike Dean waived away claims for a spot-kick and was surprisingly not overruled by a VAR review.

Southampton had only kept one clean sheet in the league since mid-September, but they coped comfortably as Kane, Alli, Eriksen and Lucas Moura struggled to create.

Tottenham’s afternoon went from bad to worse when Kane pulled up as he slotted home Eriksen’s free-kick 15 minutes from time, but was flagged offside.

The visitors ended the game in search of an equaliser without a recognised striker on the pitch with Son Heung-min also absent due to suspension.

Mourinho’s frustration boiled over as he was shown a yellow card after an altercation with the Southampton bench.

Moura’s deflected shot that skewed just wide was the closest Tottenham came to an equaliser, but even a point would have been more than they deserved to leave Mourinho with plenty to ponder ahead of Liverpool’s visit in their next league outing in 10 days’ time.

The post Tottenham lose at Southampton as Kane limps off injured appeared first on Sporting Life.