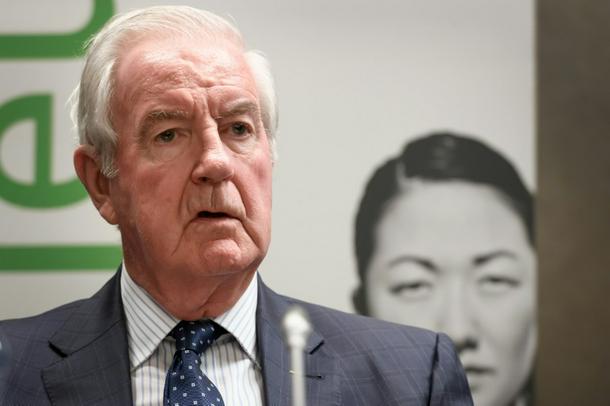 Outgoing WADA President Craig Reedie says the Russian doping scandal shows that clean sport is under attack, but the anti-doping organization now has the tools to better weed out drug cheats.

Taking stock of his six years at the helm of the World Anti-Doping Agency, the 78-year-old Briton insists the group is “stronger” than ever as it faces the “unprecedented” challenge of the doping crisis in Russia.

“Considering the last six years in particular, I am especially pleased to see how WADA responded to the challenges it faced since 2014, in particular the Russian doping crisis,” he said in his end-of-term message.

The crisis, he recalled, led to the creation within WADA of an “intelligence and investigations” service, which played “a decisive role” in the recent decision to exclude Russia from major world sports competitions for falsifying anti-doping data.

The Russian anti-doping agency RUSADA announced Friday that it has challenged the exclusion.

Ultimately, it will be up to the Court of Arbitration for Sport to rule on the matter, said Reedie, whose term officially ends Tuesday.

“Throughout this process WADA has shown it has the will, the expertise and the legal tools to stand up effectively to this unprecedented level of cheating and corruption,” he said.

WADA decided on December 9 to ban Russia from participating in major international events for four years, including the 2020 and 2022 Olympic Games and the 2022 World Cup.

Only handpicked Russian athletes will be able to participate in the competitions, but under a neutral flag and without the national anthem being played.

WADA estimated that Russia had “manipulated” the data of the Moscow anti-doping laboratory which were transmitted to it at the beginning of the year, an umpteenth rebound in a scandal which started with the revelation in 2015 of an institutional doping practiced since 2011 and involving senior officials, secret agents and trafficked urine vials.

Outgoing WADA President Craig Reedie says the Russian doping scandal shows that clean sport is under attack, but the anti-doping organisation now has the tools to better weed out drug cheats.https://t.co/GhDPQ7HxDt

The significant extent of state-sponsored doping in Russia, notably between 2011 and 2015, was revealed in an independent report by sports lawyer Richard McLaren, released in 2016.

The issue has dealt a colossal blow to the status of post-Soviet Russia as a major sports power after hosting events such as the 2013 World Athletics Championships, the 2014 Winter Olympics in Sochi and the 2018 World Cup.

The Sochi Games later became notorious for the number of doping violations by prominent Russian athletes.