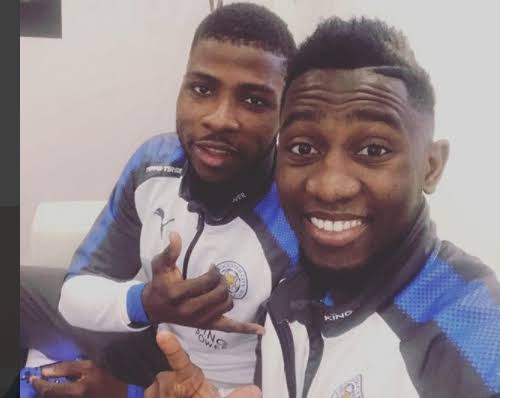 Iheanacho has netted six goals in his last 12 games across all competitions for the former EPL champion.

Reacting, Ndidi hailed Brendan Rodgers for the opportunity he gave to the player to show the stuff he is made of in the team.

He added that the Nigerian striker is a natural goalscorer who just needs chances to deliver in front of goal.

His words, “I’m very happy for Kelelchi because he’s a natural goalscorer. If you give him the opportunity like he has now, he will deliver,”

“I think the manager has really helped him too. He’s done that with so many players.

“We have good discipline and understand the game better. Every player has really changed, in a good way.”

On watching Leicester lose when he was injured, “For me, it was sad because I was not in the squad. I was really sad because it’s a very different feeling, watching from the outside instead of playing,”

“Sometimes when you watch the game from the outside, you see things better than when you’re playing because you’re not in the situations. But it was still sad for me.

“We lost points in some games but I still think we did well. The guys that came into the team played well. Sometimes it just isn’t your day.”

The post Iheanacho  Needed The Opportunity To Deliver for Leicester  – Ndidi appeared first on Sporting Life.